Learn more about about our COVID-19 No Contact protocol 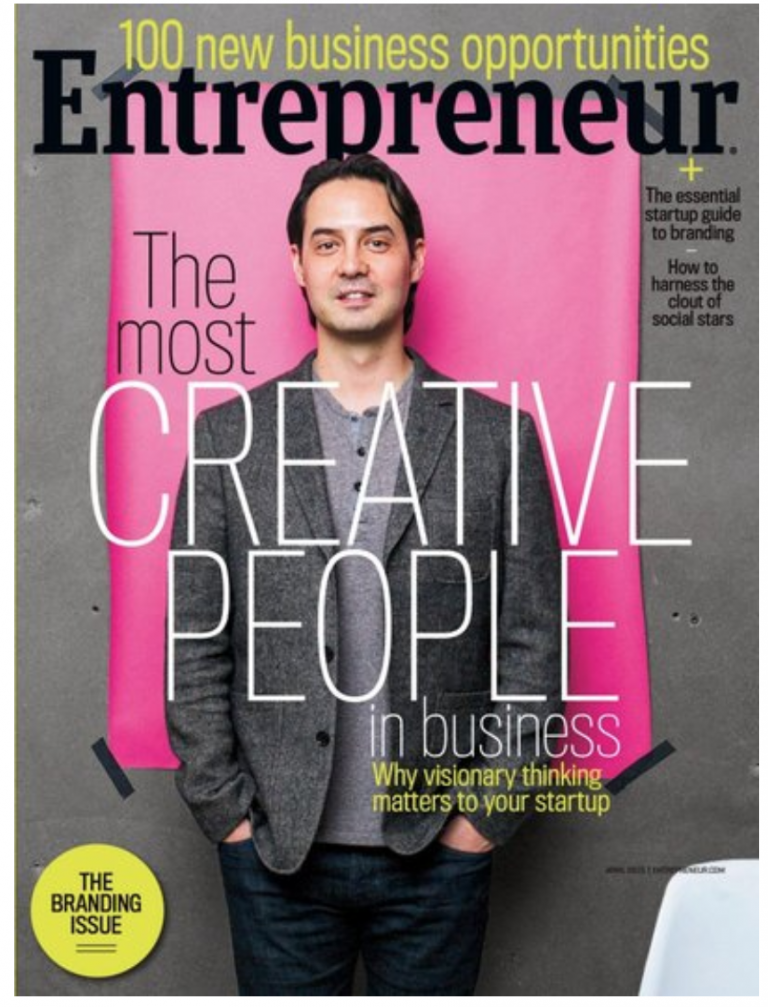 Kara Newcomer left out a March 2015 copy of Entrepreneur magazine for her husband Trent. She wanted him to see the article entitled “Curbside Enthusiasm: A Look At Mobile Franchises.”

There, a new business called velofix was profiled. She thought he, as a passionate cyclist, might be interested in the read.

He was. He quickly visited the velofix site to fill out a questionnaire. A day later, he was talking with velofix about franchise opportunities. A few months later, he decided to become the franchisee for Boulder, Denver, and Fort Collins, Colorado.

Newcomer didn’t need a job. He was a veterinarian and had a full-time practice. But he pursues his passions. And cycling is one of them; he raced BMX as a kid, rode mountain bikes, toured by bike, even worked at a shop for a spell. When he started his franchises, he was working more than full-time as a veterinarian and trying to sell his practice.

What appealed to him about velofix was that he seemed like the perfect customer. He was a busy professional who didn’t have the hours left in his day to drop his bike off at a shop, and if he did have the time, he wouldn’t want to be without it for a few days. And he felt his riding buddies, and people like them were also a perfect market for velofix.

His initial assumption was shown the showers early on, an experience that reminded him to keep an open mind. “I went to my bank to open a business checking account. A woman in her mid-fifties was there and asked about the business. When I started telling her about it, her eyes got wide and she got excited. She hadn’t ridden in over a year because her bike had a flat and couldn’t change it and was too embarrassed to go to the shop. I said we could do it and show her how.”

The bank had a parking lot in common with a large bike shop. He realized, “It had nothing to do with convenience or lack of time or being without her bike. It was fear and intimidation of going into a bike shop.”

“I wasn’t the target market. Or only the small fraction of what the market could be. I pivoted on my mission. I want to identify the barriers that keep people from riding bikes more and break down those barriers.”

The part he can control in regards to breaking down barriers is what goes on in his three vans. “Providing convenience, great service, good value, providing them a comfortable non-intimidating environment in the comfort of their home or driveway and welcoming them into the van and having full transparency. They can feel comfortable having us there and learn something and ride their bikes more.”  Mechanics need to be comfortable talking with people and working in public.

The one-on-one experience is important because it’s easier to break down barriers when you have a conversation with the customer. “Maybe it’s the embarrassment, maybe their butt hurts and they need a new saddle. If you don’t have those conversations, you don’t know what the barrier is, and (finding it out) that’s what is cool.”  Yes, there’s a coffee machine in the vans, but more often than not, customers are bringing mechanics the coffee.

Another way Newcomer’s vans are breaking down barriers is by working with the non-profit Wish for Wheels in Denver. The organization finds business partners that can pay for bikes and helmets and provide them to kids in Title I schools. Companies do a team-building day of bike assembly and Newcomer sends his vans to support the amateur bike mechanics, making sure the new bikes are safe to ride. Helping underprivileged kids get their first bike and learn how to ride is a great feeling, one that Newcomer loves.

It also presents opportunities. Newcomer often ends up working with the sponsoring company, which pays for a van to spend a day or days at the business working on employee bikes as a health and wellness benefit. 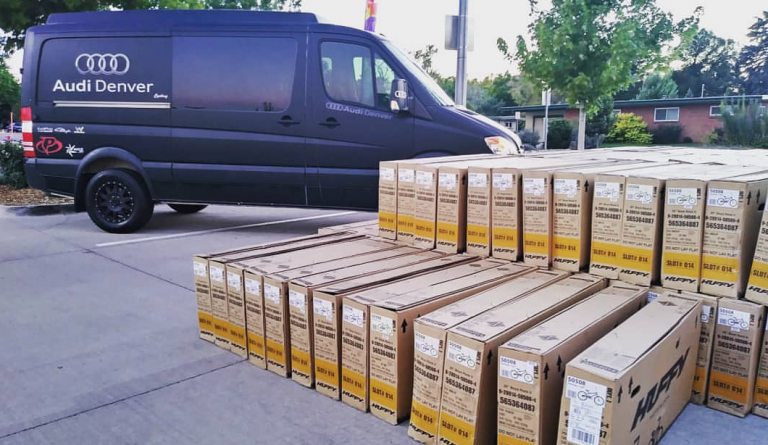 Working with a business to bring in a velofix van for a day of servicing employee bikes is time-saving, economical and environmentally-conscious for both customers and Newcomer. It also means less gas used for both the company employees and the van.

The tie-in to servicing bikes at workplaces is something that Newcomer is developing through the Bicycle Friendly Business program started by the League of American Bicyclists (aka Bike League). The Bike League initiative has a set of criteria with which to evaluate how accommodating companies are for cycling employees. There are four levels of certifications, all with the goal of promoting health and wellness for employees by making it easier for workers to commute by bike—it’s a way to help businesses have a happier and healthier workforce, a way to recognize companies that do right, and a way to get more people on bikes.

Newcomer has had his franchises certified as bike-friendly businesses. The certification makes it one of over 1,250 such companies in the United States, over 100 of which are in Colorado, 73 are in Fort Collins, 11 in Boulder, 10 in Denver. He’s so behind the idea he’s on the bike-friendly advisory board for Fort Collins, in which he helps businesses, schools, towns navigate the process and get their certification. There is certainly a business angle to being involved, but he’s a big believer and is happy to help beyond his relatively narrow advisory capacity in Fort Collins.

That bike-friendly businesses choose to self-identify and abide by specific criteria presents opportunities. Sometimes the people are coming to him already for advice on setting up racks or a bike room or repair station. Reaching out to those businesses is likely not to be a difficult cold call. Arranging a velofix day at the office is a great benefit to offer employees and/or customers.

What all the outreach does for Newcomer is creating awareness and positive impressions of the brand. So doing events, like Tour de Cure and The Courage Classic, putting the vans and work out in front of the public is essential as there’s no awning, no brick-and-mortar presence. The hardest thing is letting potential customers know about velofix and convincing them to try it for the first time. Once they try it, Newcomer wants to convert every first-time customer into a repeat customer. And that becomes his base.

He describes the business model as thus. “It’s a personal service that people like telling their friends about if you do a good job for them. If you do a good job, a certain growth is built into the model. You’ll have repeat customers, that’s your base business. Then the word of mouth brings new customers. So long as you take care of them, they’ll come back to you. As long as they continue to ride their bike, they’re going to continue to need our services.” 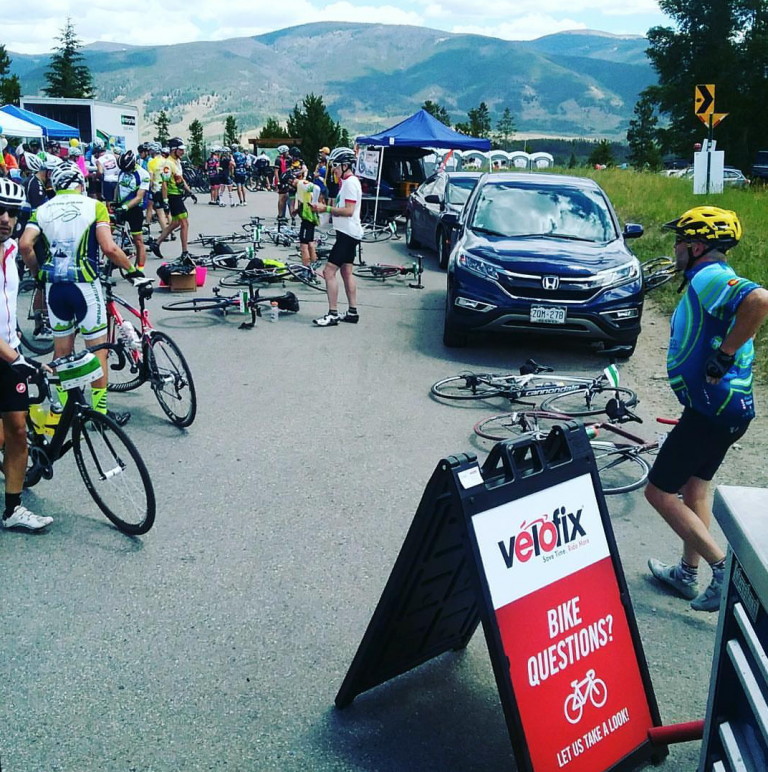