Trent Newcomer had a feeling he was on the right track with his velofix franchise, but after speaking to a woman at a bank where he was opening an account for his new business, he was convinced. The woman told Newcomer that she had bikes that needed work, but carrying them to a shop was too much of a hassle.

Here’s the kicker: the bank where they had the conversation is in the same shopping center as one of the largest bike shops in the area.

Newcomer, a veterinarian and bike enthusiast, now owns two velofix vans. He began operating in February 2016 and said he was looking forward to seeing year-over-year revenue numbers this Spring. Although winter was slow, and somewhat painful, he said everything was pointing toward growth in the second year.

“There have been dramatic changes. When we started, no one had heard of velofix. The concept was new to most people. That really seemed to change over the last year. Some of that is people just seeing the van. The van is our best marketing. It’s a rolling billboard.”

Since it’s founding in Vancouver, British Columbia in 2012, velofix has exploded with currently 75 vans operating in North America and more than 100 franchises sold.

velofix CEO Chris Guillemet said he has been gratified to see most franchisees are bike enthusiasts, even if they hire experienced mechanics and retail managers to run the vans. 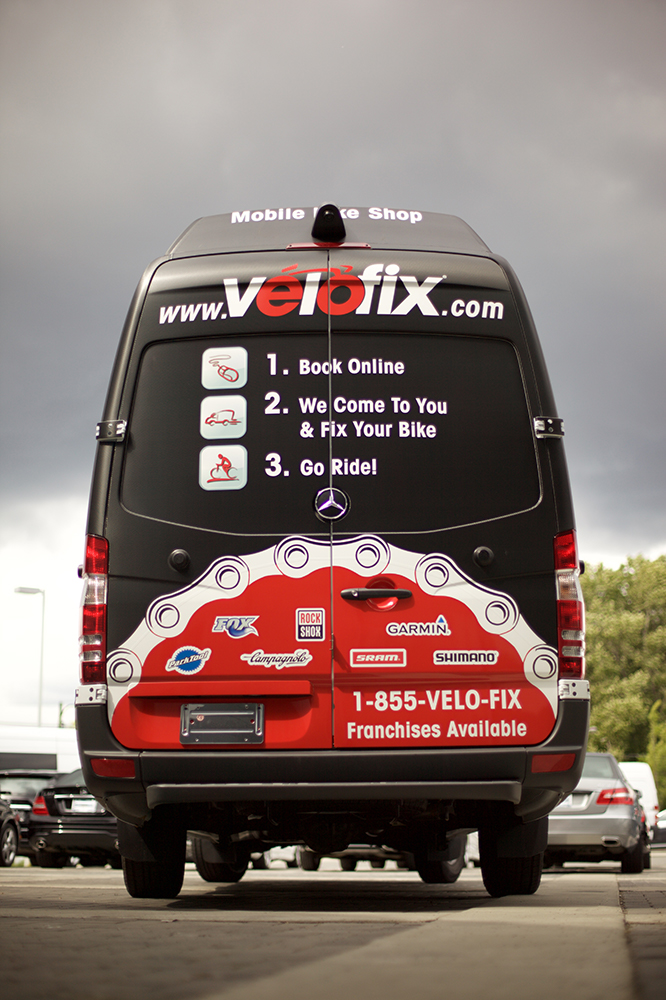 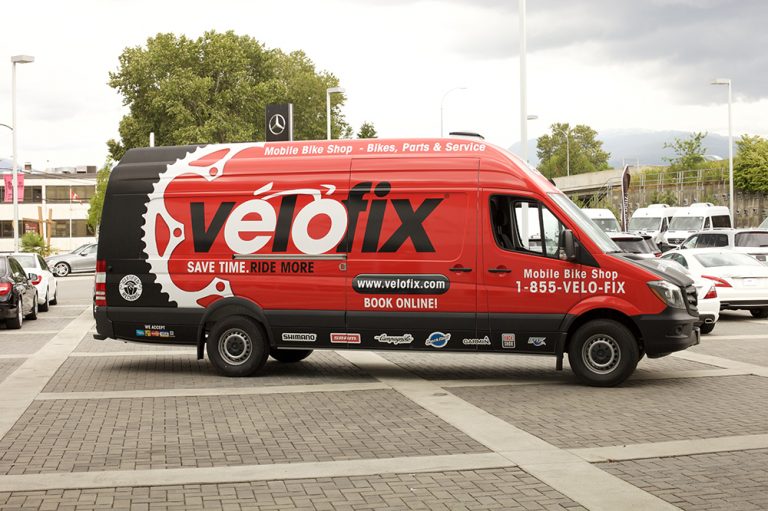