We have partnered with The Escape Triathlon Series as their Official Bike Support Service Partner for 2017. 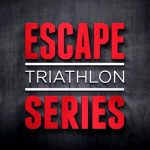 The Inaugural Escape Triathlon Series is made up of five notable races across North America and offers participants the chance to qualify for the 2018 Escape From Alcatraz Triathlon.


“We recognized the immediate value in working with velofix. This a great opportunity for our athletes to receive full service bike support, before, during and after each of our races,” said Charles Allen, COO of Premier Event Management. “Their ability to provide turnkey service as a mobile operator is unparalleled right now in the endurance industry.”


velofix offers a convenient Mobile Bike Shop experience for athletes. Their goal is to offer a convenient premium service on-site pre and post event, as well as on-course SAG Support.