Times are inevitably changing as the new world of direct-to-consumer Internet shopping and low-profit margins is shutting down countless bicycle shops.

Enter velofix, a mobile bicycle-repair service, which comes in a brightly painted red, black and white Mercedes van to fix your broken bike at your home or office.

In some busy territories, such as Vancouver, Seattle and Toronto, franchise operators have multiple vans, equipped with Wi-Fi, a coffee machine and the promise of friendly advice if you want some do-it-yourself repair tips.

When The Globe and Mail’s Small Business Challenge profiled the company in November 2014, velofix was still in its teething stage, debating how to grow its head-office functions as the company started expanding across North America. It has since hired more staff, and the acceptance from suppliers has changed enormously.

“When we launched this company in 2013, not one [bicycle] supplier in Canada would sell to us because we weren’t a brick-and-mortar store. That’s how much the industry has now changed. So yes, I think we are disrupting the industry, and I think frankly the other big disruptor is online sales,” said CEO Chris Guillemet.

velofix has expanded to most major Canadian and U.S. markets, with close to 100 franchises. The latest annual revenue growth was approximately 320 per cent over the previous year and the company bills itself now not as a curbside repair service but as a complete, mobile bike store, selling anything you need for your bike, any parts and accessories.

Read the full press release on The Globe and Mail Inc. 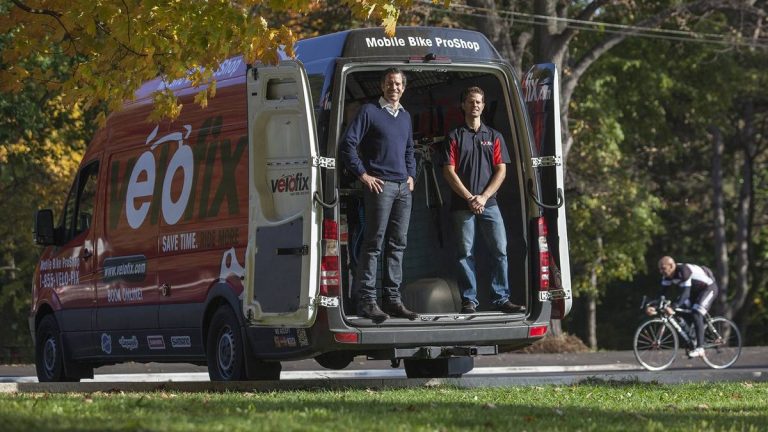